If you’ve been arrested and charged with a crime, it can be difficult to keep your head on straight and make the right decisions. The first, and most important, thing you can do is contact a criminal defense attorney right away. Your criminal defense attorney will help you through the stages of your arrest, providing you with a voice of calm and reason. The sooner you involve your attorney, the better of a handle your attorney will have on your case.

Any act made illegal by the state is considered a state crime. These include everything from misdemeanor DUIs to homicide. While you will need an attorney regardless of the nature of the crime with which you have been charged, you will face charges within the state criminal court system. Any attorney licensed in your state may defend you against state criminal charges. 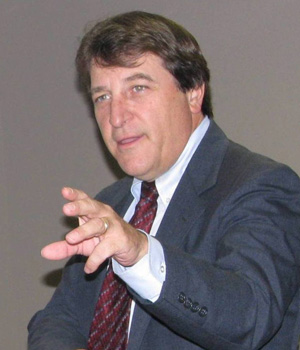 Trent Gaither is a Houston-based criminal defense attorney who is licensed in the state of Texas and in the federal court system. With 30 years experience defending the accused in Texas state courts and federal court, he knows the ins and outs of the process at both the state and federal level, and can provide you with unsurpassed criminal defense.

His license and ample experience in the federal court system allows Mr. Gaither to serve clients in federal courts throughout the country. If you are facing federal charges,  you need an attorney who will listen to your side of the story, get to the heart of your arrest, and defend you vigorously against the state or federal charges that have been brought against you. For three decades, giving his all to his clients at the worst times in their lives, and getting the accused out from under the criminal charges that have been brought against them, has been Trent Gaither’s business.

Send Us a Message